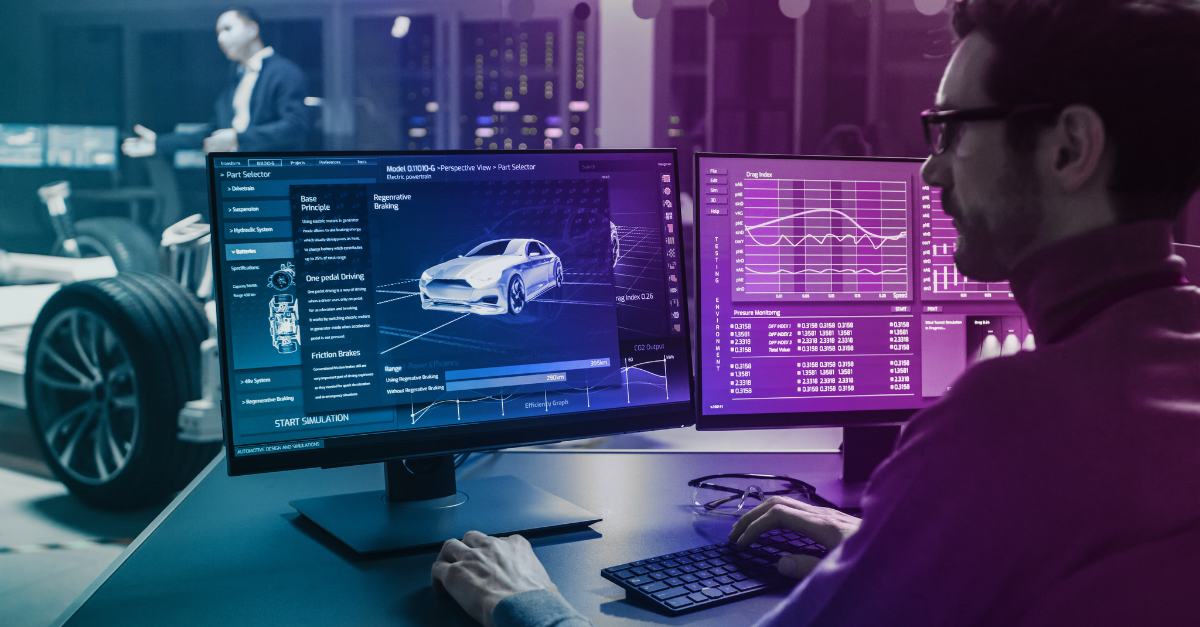 Ever since the first mass-produced consumer vehicles rolled off production lines, manufacturers and users alike have sought ways to personalise the driver and passenger experience.

From the first in-car radios all the way to personalised maps and seat adjustments we have today, we’ve come a long way from Henry Ford’s “Any colour you like, as long as it’s black.”

Ten years ago, the revelation that even standard cars had more than 100 million lines of code was opening up debate around what this would mean for future business models in a ‘pressed metal’ industry. By then, it was clear that software was becoming a competitive advantage for automakers – the question was how to ramp traditionally lengthy development cycles to take advantage of the opportunities. As one embedded systems expert told Wired magazine at the time: “The theme I hear time and time again from every single one of our customers is that you’ve got to help us move at the pace of consumer electronics. It’s no longer acceptable to move at the pace of automotive.”

How were they going to do it?

Fast forward to 2022 and we have the answer: software engineers working side-by-side with traditional engineers. Last year, Toyota announced plans to increase its intake of software engineers by 50%; GM says it will hire over 8,000 new tech employees in 2022, VW’s ‘Faculty 73’ programming school in Wolfsburg is growing in-house talent – its dedicated CARIAD software division has over 4500 developers and designers, with plans to double in size by 2025.

In a world where the next generation of cars will be CASE – connected, autonomous, shared, electric – it’s all part of a strategic vision where automakers pivot to become tech companies that also make vehicles.

But it’s not just an in-house story – as leading automakers having been making clear for some time, partnerships will play a significant role in the connected car’s future. As Stellantis CEO Carlos Tavares said about his organisation’s partnership with Amazon at the recent Financial Times Future of the Car 2022 event, “If you don’t change, you disappear…We’re not here to protect the past, we’re here to adapt ourselves to the future…The biggest risk is the status quo.”

Today, software-defined development sits front-and-centre for automakers building a new generation of user-defined experiences for their customers. By adopting a ‘code first’ approach, organisations as seemingly diverse as Bosch, Continental, Cariad and Microsoft are looking to build software stacks for core functionality to enable what the Eclipse Foundation calls an “Order of magnitude increase in the speed of innovation, speed of production, and the ability to scale the production of software-centric vehicles.”

There’s a good reason for it – consumers want the kind of intuitive technology integration they get with their other personal tech. As cars evolve towards becoming another element of the network, OEMs will have new opportunities to keep refining the user experience, personalising it, enhancing it and offering services like over-the-air updates and pre-emptive maintenance. Intelligent profiling will not only enable personalised services, but also support the emerging trend towards mobility-as-a-service (MaaS), allowing users to take their in-vehicle preferences with them, regardless of the vehicle.

As the pace of software-led innovation ramps up, automakers are encountering a new challenge: articulating the value proposition to customers. At the recent Future of the Car conference, McKinsey automotive expert Michele Bertoncello said that less than 50% of customers surveyed in 2022 were satisfied with the connected services and connectivity in their vehicles. The reason? Over-complication.

From complex interfaces to poorly defined features and services, there’s often a gap between what the technology can do and the customer’s ability to understand it and make use of it. Leading auto-journalist Amanda Stretton reported taking half an hour to figure out how to turn the radio on in one of the latest consumer EV models, thanks to a labyrinth of menus: “Having all the functions, all the connectivity, all the technologies is wonderful – but the really key factor is actually making it user-friendly.” For Bertoncello, this is often down to a lack of strategic clarity it terms of what OEMs, suppliers and service providers want their customers to do and how they want their connected services to actually work.

A key part in overcoming that challenge will be maximising the insights from customer usage data to stay relevant and allow users to do what works best for them. As Cubic Telecom CEO Barry Napier observes, customer experience as the primary driver of technology and services roadmaps is as important as building strong capabilities around digital, services and connectivity.

The future is software-defined and customer-centric

Learn more about how software-defined vehicles are fuelling the next generation of automotive development, check out our video on the future of in-vehicle architecture now.